TELANGANA State may see highest foodgrain production this year   The production of foodgrain in Telangana is expected to be the highest since the formation of the State this agriculture year (2017-18) as it is estimated to be about 95.01 lakh tonnes, about five lakh tonnes more than the output achieved last year. Growth in … Read more

Kakatiyas The 12th and the 13th centuries saw the emergence of the Kakatiya dynasty. They were at first the feudatories of the Western Chalukyas of Kalyani, ruling over a small territory near Warangal. A ruler of this dynasty, Prola II (1110–1158) extended his sway to the south and declared his independence. His successor Rudra (1158–1195) … Read more

The Bhakti movement in Indian history represents a movement that popularized devotional surrender to a personally conceived supreme God. Its origins are traced to the Brahamanical and Buddhist traditions of ancient India. It was in south India that it grew from a religious tradition into a popular movement based on religious equality and broad based … Read more

‘Sufism’ is a term used to refer to mystical religious ideas in Islam. It had evolved into a well developed movement by the 11 century. Sufis, stress on the importance of traversing the path of the Sufi pir enabling one to establish a direct communion with the divine. Sufism or mysticism emerged in the 8 … Read more

The Gupta Empire stretched across northern, central and parts of southern India between c. 320 and 550 CE. The period is noted for its achievements in the arts, architecture, sciences, religion, and philosophy. Chandragupta I (320 – 335 CE) started a rapid expansion of the Gupta Empire and soon established himself as the first sovereign ruler of the empire. It marked the end of 500 hundred … Read more

Buddhism is a world religion and is based on the teachings of Siddhartha Gautama, who is known as the Buddha (literally the Enlightened One or Awakened One). Siddhārtha Gautama was the historical founder of Buddhism. After asceticism and meditation, he discovered the Buddhist Middle Way—a path of moderation away from the extremes of self-indulgence and … Read more

Within a state there is generally a four-tier structure of ad- ministration – division, district, taluka/tehsil/block, and village. The district has been so far the most important unit of administration. Some of the states have introduced the system of Panchayati Raj, generally a three-tier structure of local self- government in rural areas at the vil- … Read more 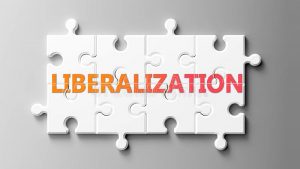