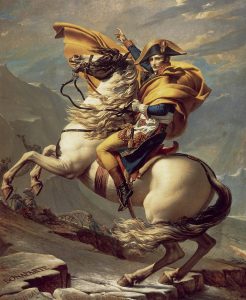 Money supply is the entire stock of currency and other liquid instruments in a country’s economy as of a particular time. The money supply can include cash, coins and balances held in checking and savings accounts.

Money Supply can be estimated as narrow or broad money.

(i) Currency with the public which includes notes and coins of all denominations in circulation excluding cash on hand with banks:

M4.which consists of M3 plus total post office deposits comprising time deposits and demand deposits as well. This is the broadest measure of money supply.

High powered money – The total liability of the monetary authority of the country, RBI, is called the monetary base or high powered money. It consists of currency ( notes and coins in circulation with the public and vault cash of commercial banks) and deposits held by the Government of India and commercial banks with RBI. If a memeber of the public produces a currency note to RBI the latter must pay her value equal to the figure printed on the note. Similarly, the deposits are also refundable by RBI on demand from deposit holders. These items are claims which the general public, government or banks have on RBI and are considered to be the liability of RBI.

RBI acquires assets against these liabilities. The process can be understood easily if we consider a simple stylised example. Suppose RBI purchases gold or dollars worth Rs. 5. It pays for thr gold or foreign exchange by issuing currency to the seller. The currency in circulation in the economy thus goes up by Rs. 5, an item that shows up on the liabilityside of RBI’s Balance sheet. The value of the acquired asset, also equal to Rs. 5, is entered under the appropriate head on the Assets side. Similarly, the RBI acquires debt bonds or securities issued by the government and pays the government by issuing currency. It issues loans to commercial banks in a similar fashion.