These are all indian atheletes those participites in Olympics and para olympic games and win a gold and silver madels and all are atheletes proud of lndians.

India first participated at the Olympic Games in 1900, with a lone athlete (Norman Pritchard) winning two medals- both silver- in athletics. The nation first sent a team to the Summer Olympic Games in 1920, and has participated in every Summer Games since then. India has also competed at several Winter Olympic Games beginning in 1964. Indian athletes have won a total of 28 medals so far, all at the Summer Games. For a period of time, India national field hockey team was dominant in Olympic competition, winning eleven medals in twelve Olympics between 1920 and 1980. The run included 8 gold medals total and six successive gold medals from 1928–1956. 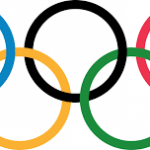 Norman Gilbert Pritchard (23 June 1877 – 31 October 1929), also known by his stage name Norman Trevor, was a British-Indian sportsperson and actor who became the first first Asian-born athlete to win an Olympic medal when he won two silver medals in athletics at the 1900 Paris Olympics. He was of British ethnicity and moved to Great Britain permanently in 1905, where he became a successful stage actor, and later moved to the United States to work in Hollywood.

Khashaba Dadasaheb Jadhav was an Indian athlete. He is best known as a wrestler who won a bronze medal at the 1952 Summer Olympics in Helsinki. He was one of the first athletes from India to win a medal in the Olympics.

After Norman Pritchard who won two silver medals in athletics in 1900, Khashaba was the first individual athlete from India to win a medal at the Olympics. In the years before Khashaba, India would only win gold medals in field hockey, a team sport. He is the only Indian Olympic medalist who never received a Padma Award. Khashaba was extremely nimble on his feet, which made him different from other wrestlers of his time. English coach Rees Gardner saw this trait in him and trained him prior to the 1948 Olympic game.

The oldest man to have won a Glad Slam title, Leander Paes is an Indian professional tennis player considered to be among the best contemporary doubles players of the game. Over his career he has won eight doubles and six mixed doubles Grand Slam titles. Starting from 1992, he has competed in six consecutive Olympic Games thus making him the only Indian so far to have achieved this honour. Born into a family of sportspersons, it is no surprise that young Leander took to sports from an early age. He was just five when he started playing tennis and was coached at the Britannia Amritraj Tennis Academy which played a major role in developing him into the sportsman he ultimately became. His first big win came when he won the Wimbledon Junior title to become the No.1 in junior world ranking. From there started the stellar professional journey of this talented player as he went on to clinch one prestigious title after another. Paes has been honored by the Government of India with numerous awards for his contributions to sport.

Karnam Malleswari is an eminent Indian weightlifter. She is famous for being the first Indian woman who won an Olympic medal for India. In the Sydney Olympics 2000, Malleshwari won the bronze medal in the 69kg class. 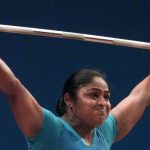 Karnam Malleswari was born on June 1, 1975, in a small village of Andhra Pradesh called Srikakulamn. She practiced weightlifting in her village gymnasium at the tender age of 12. Her younger sister Krishna Kumari is also a national level weightlifter. Karnam Malleswari did her schooling from ZPPG High School in Amadalavalasa. Her father was a constable in the Railway Protection Force.

Abhinav Bindra is a renowned Indian shooter who put India on the global shooting map by winning the gold in the 10 m Air Rifle event at the 2008 Beijing Olympic Games. He holds the honour of being the first Indian to win an individual Olympic gold. Born in a well-to-do Punjabi Sikh family, Bindra showed interest in shooting from an early age and to encourage his interest, his parents had an indoor shooting range installed at their home in Patiala, Punjab. He represented India in the 1998 Commonwealth Games, at the age of 15, and was the youngest participant in the games. He started getting noticed after he won a bronze medal in the 2001 Munich World Cup by creating a new junior world record score of 597/600. Thereafter, he never looked back and his career graph went up and up. Besides winning the Olympic gold medal, he has won several medals in Commonwealth Games over the years and has also won the World Shooting Championship. Bindra’s main contribution lay in the fact that he kindled public interest in shooting in India and has inspired many budding shooters to take the sport.

Sakshi Malik is an Indian freestyle wrestler. At the 2016 Summer Olympics, she won the bronze medal in the 58 kg category, becoming the first Indian female wrestler to win a medal at the Olympics and the fourth female Olympic medalist from the country. She is a part of the JSW Sports Excellence Program, along with fellow female wrestlers Vinesh Phogat, Babita Kumari and Geeta Phogat.

Yogeshwar Dutt is a wrestler from India who has emerged as one of India’s top wrestlers and has won plenty of medals to become one of the most well-known wrestlers of his generation. Dutt’s father and mother, both, were school teachers and they wanted him to follow in their footsteps but he showed an interest in wrestling from a very early age. As a child, he was inspired by the exploits of a wrestler from his native village and from then on he started taking wrestling seriously. He performed credibly at the school level and won some competitions that further reinforced his belief in his abilities. Yogeshwar Dutt came into the limelight as a top level wrestler in the 60 kg freestyle category at the Commonwealth Games held in Manchester in 2002 and from then on he went from strength to strength as a professional. Dutt overcame the shock of losing his father ahead of the Asian Games in 2006 and went on to win the gold medal at the event. However, his greatest moment as a wrestler was without doubt his bronze medal winning effort at the 2012 London Olympics and in the process he became one of the very few individual Olympic medalists from India.

Sushil Kumar is an Indian World Champion wrestler who won the gold medal in the 66 kg freestyle competition at the FILA 2010 World Wrestling Championships, a silver medal in the Men’s 66kg Freestyle . started training at the Chhatrasal Stadium’s akhada at the age of 14. Trained at the akhada by Indian pehlwans Yashvir and Ramphal, and later by Arjuna awardee Satpal and then at the Railways camp by coach Gyan Singh,Sushil endured tough training conditions which included sharing a mattress with a fellow wrestler and sharing a dormitory with twenty others. at the age of 18 he became state champ.

Girisha Hosanagara Nagarajegowda (born 26 January 1988), also known as Girish N. Gowda is paralympic high jumper from India. He was born with a disability in the left leg. He represented India in the 2012 Summer Paralympic games held in London in the men’s high jump F-42 category and won the silver medal in the finals with a jump of 1.74 meters using scissors technique. He became the first Indian to win a medal at that event. and the 8th Indian to win a medal at the Paralympics.

Murlikant Petkar is India’s first Paralympic gold medalist. He won an individual gold medal in the 1972 Summer Paralympics, in Heidelberg, Germany. He set a world record in the 50 m freestyle swimming event, at 37.33 seconds. In the same games he participated in javelin, precision javelin throw and slalom. He was a finalist in all three events. In 2018, he was awarded with the Padma Shri.