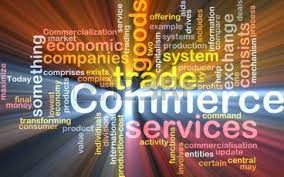 Growth and trade – volume, composition and direction of exports and imports

The composition of commodities in India’s international trade has been undergoing a change over the years. The share of agriculture and allied products has declined, whereas, shares of petroleum and crude products and other commodities have increased. The shares of ore minerals and manufactured goods have largely remained constant over the years from 2009-10 to 2010-11 2018-19.

Manufacturing sector alone accounted for 73.6 per cent of India’s total value of export in 2016-17. Engineering goods have shown a significant growth in the export. China and other East Asian countries are our major competitors. Gems and jewellery contributes a larger share of India’s foreign trade.

Changing Patterns of the Composition of India’s Import

India faced serious food shortage during 1950s and 1960s. The major item of import at that time was foodgrain, capital goods, machinery and equipment. The balance of payment was adverse as imports were more than export in spite of all the efforts of import substitution. After 1970s, foodgrain import was discontinued due to the success of Green revolution but the energy crisis of 1973 pushed the prices of petroleum, and import budget was also pushed up. Foodgrain import was replaced by fertilisers and petroleum. Machine and equipment, special steel, edible oil and chemicals largely make the import basket.

Although, nominally speaking, trade with Europe and America has risen over the 10 year period under consideration their share in overall exports has declined. Share of exports to Europe declined from 25.7% in 2013 to 19.6% in 2019, while that of America came down from 24.6% in 2013 to 17.8% in 2019. Coupled with increased trade integration with Asia, this shift of export direction away from America and Europe may be attributed to the moderation in economic activity in these countries, which has caused import demand from these countries (i.e. exports from India and others) to contract.

A major part of India’s imports are sourced from Asia itself (57.7% of overall imports which are due to the POL bill. Imports from Asia stood at USD 283.0 billion in 2019, registering growth of 26.0% over FY03 (CAGR, 2009-2019). In fact, there appears to be substantial difference in the value of imports from Asia and the next largest import partner of the country. After Asia, the next largest import sources is Europe (USD 91.7 billion), followed by America (USD 58.2 billion).

The top items of agriculture exports include :

In the mid-term review of Foreign Trade Policy (FTP) 2015–20, the Ministry of Commerce and Industry enhanced the scope of Merchandise Exports from India Scheme (MEIS) and Service Exports from India Scheme (SEIS), increased MEIS incentive raised for ready-made garments and made-ups by 2% and raised SEIS incentive by 2% and increased the validity of Duty Credit Scrips from 18 months to 24 months.

In April 2020, the Government extended FTP for one more year, up to March 31, 2021. In August 2019, the Ministry of Commerce planned to introduce new FTP aimed at providing incentives and guidelines for increasing export in the next five financial years, starting FY20.