The Satavahanas rose to a political power, after the fall of the Mauryan Empire. Koti Lingala seems to be one of the 30 cities of Satavahana dynasty. Excavations revealed brick wells, coins belonging to pre-Satavahana period, Gobhada and Samagopa. It is believed that the place is the site of hermitage of sage Bhavari. Several coins of Simukha, the founder of the Satavahana dynasty, and those of other early rulers like Kanha and Satakarni I were found. The Deccan, during this period was an emporium of inland and maritime trade. The region between the rivers of Godavari and Krishna was full of ports and throbbing with activity. There was plentiful of currency to facilitate trade and the people entered upon a period of great industrial, commercial and maritime activity. Buddhism flourished throughout the period and the rulers were also devoted to Vedic ritualism. They constructed several Buddhist Stupas, Viharas and Chaityas. Satavahanas were able rulers and loved literacy and architecture. The 17th ruler of this dynasty, Hāla was a great poet and his “Gathasaptasati” in Prakrit was well received by all. Gunadhya, the minister of Hala was the author of “Brihatkadha”. According to Matsya Purana, there were 29 rulers of this dynasty. They ruled over for about 456 years, from the 2nd century BC to the 2nd century AD. The empire included most of the southern peninsula and some southern parts of the present Indian states of Maharashtra, Orissa and Madhya Pradesh. The court language used by the Satavahanas was Prakrit.

The decline and fall of the Satavahana Empire left the state in a political chaos. Local rulers as well as invaders tried to carve out small kingdoms for themselves and to establish many dynasties.

The 12th and 13th centuries saw the emergence of the Kakatiya dynasty. At first they were feudatories of the Western Chalukyas of Kalyani, ruling over a small territory near Warangal. A ruler of this dynasty, Prola II (1110–1158), extended his sway to the south and declared his independence. His successor Rudra (1158–1195) pushed the kingdom to the east up to the Godavari delta. He built Warangal Fort to serve as a second capital and faced the invasions of the Seuna Yadavas of Devagiri. The next ruler, Mahadeva, extended the kingdom to the coastal area. Ganapati Deva succeeded him in 1199. He was the greatest of the Kakatiyas and the first after the Satavahanas to bring almost the entire Telugu area under one unified empire. Ganapati put an end to the rule of the Velanati Cholas in 1210 and extended his empire to Anakapalle in the north. The most prominent ruler in this dynasty was Rani Rudrama Devi (1262–1289), one of the few queens in Indian history. An able fighter and ruler, R 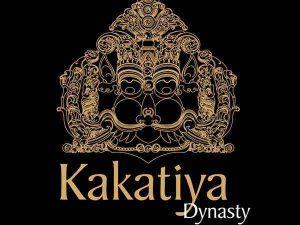 udrama defended the kingdom against the Cholas and the Seuna Yadavas, earning their respect. She remains one of the few female rulers in South India at any period. On the death of Rudrama at the beginning of 1290, her grandson Prataparudra, whom she adopted as her son and heir apparent on the advice of her father Ganapatideva, ascended the throne. Prataparudra had to fight battles throughout his reign against either internal rebels or external foes. Prataparudra expanded his borders to the west to Raichur and in the south to Ongole and the Nallamala Hills, whilst introducing many administrative reforms, some of which were also later adopted in the Vijayanagar empire. Ruins of the Kakatiya Kala Thoranam (Warangal Gate). The Kakatiyas are known through their famous architecture such as Warangal Fort, Ramappa Temple, Thousand Pillar Temple.

Historians often state that Musunuri Nayaks belonged to the Kamma caste group. However, the modern castes of Andhra region did not originate until the late stages of the Vijayanagara Empire. The Musunuri Nayaks were warrior chieftains in the Kakatiya army, who regained Andhradesa in 1326 from the Delhi Sultanate in the aftermath of the Kakatiya defeat.

Little is known of Prolaya Nayak or indeed any of the Musunuri family; they are often described as “obscure”.As uncertain as his rise were the methods that enabled some limited amount of success for the venture, which saw the rebels defeating the Delhi Sultanate’s armies in some battles and disrupting their cohesion in the region. The nobles were able to assert control in the Godavari area, over which Prolaya Nayak became the ruler from 1325 until his death in 1333. He left no children and was succeeded by a cousin, Kapaya Nayak, who governed until 1368 and attempted to further expand his rule. He took control of Warangal from Malik Maqbul in 1336 and thus also of a wider swathe of eastern Telangana that was governed from there. He also tried to support other rebels in the surrounding areas, although in the case of aid given to Alauddin Bahman Shah, the outcome was that his fellow rebel turned on him. Several military engagements with Bahaman Shah followed over a period of years, during which Kapaya Nayak had to cede various forts and territories. His weakened position was exploited by the Reddis and the Velamas, the latter of whom caused his death in battle at Bhimavaram and ended the period of the Musunuri family.

The Bahmani Sultanate Dynasties of Telangana

It was a Muslim state of the Deccan in South India and one of the major medieval Indian kingdoms. Bahmanid Sultanate was the first independent Muslim kingdom in South India. The empire was established by Turkic general Ala-ud-Din Bahman Shah after revolting against the Delhi Sultanate of Muhammad bin Tughlaq. Nazir Uddin Ismail Shah who had revolted against the Delhi Sultanate stepped down on that day in favour of Bahman Shah. His revolt was successful, and he established an independent state on the Deccan within the Delhi Sultanate’s southern provinces. The Bahmani capital was Hasanabad (Gulbarga) between 1347 and 1425 when it was moved to Muhammadabad (Bidar). The Bahmani contested the control of the Deccan with the Vijayanagara Empire to the south. The sultanate reached the peak of its power during the vizierate (1466–1481) of Mahmud Gawan. The south Indian Emperor Krishnadevaraya of the Vijayanagara Empire defeated the last remnant of Bahmani Sultanate power after which the Bahmani Sultanate collapsed. After 1518 the sultanate broke up into five states: Nizamshahi of Ahmednagar, Qutb Shahi of Golconda (Hyderabad), Baridshahi of Bidar, Imadshahi of Berar, Adilshahi of Bijapur. They are collectively known as the Deccan Sultanates.

Vijaynagar empire was based in the Deccan Plateau region in South India. It was established in 1336 by Harihara I and his brother Bukka Raya I of Sangama Dynasty. The empire rose to prominence as a culmination of attempts by the southern powers to ward off Islamic invasions by the end of the 13th century. It lasted until 1646, although its power declined after a major military defeat in 1565 by the combined armies of the Deccan sultanates. The empire is named after its capital city of Vijayanagara, whose ruins surround present day Hampi, now a World Heritage Site in Karnataka, India.The writings of medieval European travelers such as Domingo Paes, Fernão Nunes, and Niccolò Da Conti, and the literature in local languages provide crucial information about its history. Archaeological excavations at Vijayanagara have revealed the empire’s power and wealth.

The Qutb Shahi dynasty (or Golconda Sultanate) was a territory in south India. It was an initially highly Persianate Muslim Turkmens dynasty established in the 16th century that eventually adopted the regional culture of the Deccan (Telugu culture, language and the newly developed Deccani idiom of Urdu). Its members were collectively called the Qutub Shahis and were the ruling family of the kingdom of Golkonda, in and near the modern-day states of Andhra Pradesh and Telangana.The Golconda sultanate was constantly in conflict with the Adil Shahis and Nizam Shahis. In 1636, Shah Jahan forced the Qutb Shahis to recognize Mughal suzerainty, which lasted until 1687 when the Mughal emperor Aurangzeb conquered the Golcondan sultanate.