The British had set up Hyderabad as the largest state in the Indian subcontinent, but left it with a backward economy. The richer agricultural regions which the Nizam had earlier controlled – Berar (Vidarbha) and coastal Andhra-were annexed to British territories.

Based primarily on the Deccan plateau, between the Krishna and Godavari rivers, the state had mainly a dry economy cultivating jawar and bajra and limited rice, wheat and pulses as the main food crops. Irrigation and commercial agriculture did not really become significant until the 1930s when cotton and sugarcane cultivation began on a larger scale. Throughout the period, there was little growth of agriculturally linked trade and business, and little development of roads and other infrastructure. Only minor industry developed in the towns of Hyderabad, Warangal and Aurangabad, with some coal mining in the Telangana region.

Society of the former Hyderabad State was essentially rural-based, as around 88% of the population resided in villages. Poor literacy rate which stood at 70 literates per 1000 persons in 1940-41 remaining lowest not only as compared to British Indian Provinces, but even as compared to some of the Native States. 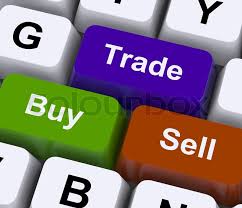 The Seventh Nizam, Mir Osman Ali Khan was very good administrator who has taken number of steps to improve the administration by studying the problems of debt, tenancy, constitutional reforms and took measures including construction of reservoirs and development of irrigation, establishment of cooperative credit system through organized banks, study of rural and agrarian conditions, indebtedness, tenancy problems, etc.,

In 1920, there were 120 factories in the state, excluding cotton ginning and pressing mills. An industrial alcohol factory (1925), a soap factory (1919), the Shahbad Cement Factory (1925) and the Deccan Glass works (1927) were some of 105 the important units started up to 1930. During the Second World War, two metal factories, two cigarette factories (Charminar and Golconda factories), Nizam Sugar Factory (1939), Praga Tools Corporation (1943) and Allwyn Metal Works (1942) were established. After the War, Sirsilks and Sirpur Paper Mills at Sirpur were established. The expenditure on industries and commerce also gradually increased from 1912-13 onwards.

There are four key industrial economic sectors: the primary sector, largely raw material extraction industries such as mining and farming; the secondary sector, involving refining, construction, and manufacturing the tertiary sector, which deals with services (such as law and medicine) and distribution of manufactured goods and the quaternary sector, a relatively new type of knowledge industry focusing on technological research, design and development such as computer programming, and biochemistry it  contributed 10% to India 98% of Andhra Pradesh’s exports in IT and ITES sectors last 2013, with Hyderabad as in the front line of Telangana’s aims to promote information technology in India, the city boasts the Hitech city as its premier hub, The state government is in the process of developing industrial parks at different places, for specific group of industries, The existing parks are software park at Hyderabad, Hitech city for software units, Apparel park at Gudlapochampalli, Export promotion park at pashamylaram, Bio-technology park at Turkapally,

Telangana state has won CNBC –TV18 promising state of the year award for the year of 2015 , The Jury for India Business leader awards (IBLA) has collectively chosen Telangana for the Award,