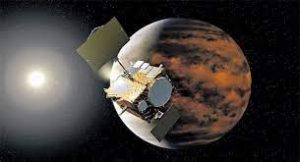 Bioterrorism is the use of bacteria, viruses, or germs to purposely harm large quantities of people or communities. These “weapons” are spread through air, water, or food sources. Bioterrorism is rare and is used to threaten people, governments, and countries. In bioterrorist attacks, usually only a small number of people may be injured or affected. However, many more become afraid. They change their behavior because of their fear.

Two theories on the origins of COVID-19 have been widely circulating in China and the West respectively, one blaming the United States and the other a highest-level biocontainment laboratory in Wuhan, the initial epicentre of the pandemic. Both theories make claims of biological warfare attempts. According to the available scientific evidence, these claims are groundless. However, like the episodes of biological warfare during the mid-twentieth century, the spread of these present-day conspiracy theories reflects a series of longstanding and damaging trends in the international scene which include deep mistrust, animosities, the power of ideologies such as nationalism, and the sacrifice of truth in propaganda campaigns. Also, the threats associated with biological warfare, bioterrorism, and the accidental leakage of deadly viruses from labs are real and growing. Thus, developing a better global governance of biosafety and biosecurity than exists at present is an urgent imperative for the international community in the broader context of a looming Cold War II. For such a governance, an ethical framework is proposed based upon the triple ethical values of transparency, trust, and the common good of humanity.