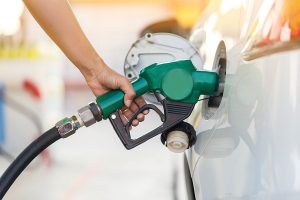 Strong hybrid is another term for full hybrid vehicles, which can run solely on either electric or petrol modes. In contrast, mild hybrids cannot run purely on one of these modes and use the secondary mode merely as a supplement to the main mode of propulsion.

The Bharat Stage (BS) is the mission standard instituted by the Government of India to regulate the output of air pollutants from motor vehicles.  India directly shifted from BS-IV to BS-VI norms which were to happen in 2022 but due to the poor air condition, the move was advanced by four years.

India’s oil import bill stood at $62.7 billion in FY21, which was matched in just the first seven months (April-October) of this year.  To pile on the stress, the rupee is at its weakest level in the last three financial years. Hence, the government is desperate to bring down the oil import bill by creating fuel substitutes like ethanol, hydrogen, and electricity.  This is possible only if flex-fuel vehicles are made available in the market. Also, FFVs will also help the government meet its commitments when it comes to reducing emissions.  A litre of petrol sold in India has an average of 8 percent ethanol content even though oil marketing companies have clearance to do even 10 percent (E10) blending.