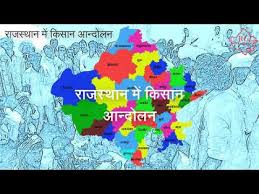 This is a poem composed by Vijaysinh Pathik

On April 2, 1923, farmers of Bundi organized a Kisan Sabha in Dabi village of Bundi under the leadership of Nayanuram Sharma. Nanak Bhil was martyred while singing flag songs with many farmers in the shootout on this meeting. Sharma ji was arrested and the agitation ended.