Globalization essentially means integration of the national economy with the world economy. It implies a free flow of information, ideas, technology, goods and services, capital and even people across different countries and societies. It increases connectivity between different markets in the form of trade, investments and cultural exchanges.

The concept of globalization has been explained by the IMF (International Monetary Fund) as ‘the growing economic interdependence of countries worldwide through increasing volume and variety of cross border transactions in goods and services and of international capital flows and also through the more rapid and widespread diffusion of technology.’

India in 1991 introduced economic policy changes and integrated its economy to the international economy. Globalisation in India arrived just before the end of the cold war. India introduced changes in industrial and trade policies to improve its efficiency, productivity and competitiveness of its economy. Besides, it also brought changes in industrial licensing, foreign collaborations, investment by NRIs, portfolio investment by foreign institutional investment, reduction in tariff rate and simplification of export-import procedures, opening of the IT-sector, reducing public expenditure investment norms to attract inflow of capital from both the domestic and foreign enterprises in sectors like banking, insurance, retailing etc.

Role of Foreign Capital and Multinational companies in

The development of any society or country without economic development is a myth. Economic development brings prosperity which in turns is directly proportional to the amount of goods and services produced quantitatively or in broad sense we can say in money equivalent.

So the factor of production depends on the following parameters.

For a country like India which is the second largest populous country in the world, expected to become most populous by 2050 if population growth is continuing at the current pace, where labour is available in abundance. Similarly, land is also available where more economic prosperity can be brought than the currently pursued economic activity. So after considering all these factors, capital played a crucial role.

So to fulfill the aspirations of common masses and general wellbeing of the society various governments are competing against each other to attract the foreign capital.

This theory is particularly gained ground after the Latin American crises which resulted in the Washington consensus/Washington model. This is further ascertained by East Asian miracle. India has also experienced the taste of after economic reforms of 1991, which is better known as LPG reforms. However from the experience of various countries various model of foreign capital and model have emerged. It also requires some kind of reduction regulation and restraint.

Why there is a need of foreign capital?

Foreign capital is required because of following reasons.

Foreign capital is perceived as a resource of filling the gap of the capital scarce country. It helps in maintaining the foreign exchange, accelerating government revenue, planning the investment necessary to achieve development target.

To achieve a planned growth rate of 7 percent per annum and the capital-output ration of 3 percent, rate of saving should be 21 percent. For domestic mobilization of 16 percent, there will be a shortfall of 5 percent. Thus the foremost contribution of foreign capital to national development is its role in filling the resource gap between targeted investment and locally mobilized savings.

Foreign capital is needed to fill the gap between the targeted foreign exchange requirements and those derived from net export earnings plus net public foreign aid. This is generally called the foreign exchange or trade gap.

An inflow of private foreign capital helps in removing deficit in the balance of payments over time if the foreign-owned enterprise can generate a net positive flow of export earnings.

The third gap that the foreign capital and specifically, foreign investment helps to fill is that between governmental tax revenue and the locally raised taxes. By taxing the profits of the foreign enterprises the governments of developing countries are able to mobilize funds for projects (like energy, infrastructure) that are badly needed for economic development.

These can be transferred to the host country through suitable training programmes and the processes. Further foreign companies bring with them sophisticated technological knowledge about production processes while transferring modern machinery equipment to the capital-poor developing countries.

In fact, in this era of globalization, there is a general belief that foreign capital transforms the productive structures of the developing economics leading to high rates of growth. Besides the above, foreign capital, by creating new productive assets, contributes to the generation of employment a prime need of a country like India.

Forms and types of foreign Capital

Foreign capital flow in a country can take place either in the form of investment, concessional assistance, foreign aid.

Grants do not carry any obligation of repayment and are mostly made available to meet some temporary crisis. Foreign Aid can also be received in terms of direct supplies of agricultural commodities or industrial raw materials to overcome temporary shortages in the economy. Foreign Aid may also be given in the form of technical assistance.

Role of Multinational Corporations in the Indian Economy

Earlier Industries and firms are regulated through Industrial Policy, 1956 put some kind of restraint on private firms, as a consequence of which they didn’t able to expand beyond a limit.

While multinational companies played a significant role in the promotion of growth and trade in South-East Asian countries they did not play much role in the Indian economy where import-substitution development strategy was followed. Since 1991, with the adoption of industrial policy of liberalization, privatization

And globalization role of private foreign capital has been recognized as important for rapid growth of the Indian economy. So Multinational corporations have been allowed to operate in India subjected to some regulations. 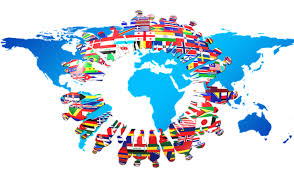 Impact of Multinational countries on the country and general population.

In the recent years, external assistance to developing countries has been declining. This is because the donor developed countries have not been willing to part with a

larger proportion of their GDP as assistance to developing countries. MNCs can bridge the gap between the requirements of foreign capital for increasing foreign investment in India.

The liberalized foreign investment pursued since 1991, allows MNCs to make investment in India subject to different ceilings fixed for different industries or projects. However, in some industries 100 per cent export-oriented units (EOUs) can be set up. It may be noted, like domestic investment, foreign investment has also a multiplier effect on income and employment in a country.

For example, the effect of Suzuki firm’s investment in Maruti Udyog manufacturing cars is not confined to income and employment for the workers and employees of Maruti Udyog but goes beyond that. Many workers are employed in dealer firms who sell Maruti cars.

Moreover, many intermediate goods are supplied by Indian suppliers to Maruti Udyog and for this many workers are employed by them to manufacture various parts and components used in Maruti cars. Thus their incomes also go up by investment by a Japanese multinational in Maruti Udyog Limited in India.

In pre-reform period in India when foreign direct investment by MNCs was discouraged, we relied heavily on external commercial borrowing (ECB) which was of debt-creating capital inflows. This raised the burden of external debt and debt service payments reached an alarming figure of our current account receipts.

India and this resulted in balance of payments crisis in 1991. As direct foreign investment by multinational corporations represents non-debt creating capital inflows we can avoid the liability of debt-servicing payments. Moreover, the advantage of investment by MNCs lies in the fact that servicing of non-debt capital begins only when the MNC firm reaches the stage of making profits to repatriate Thus, MNCs can play an important role in reducing stress strains and on India’s balance of payments (BOP).

Another important role of multinational corporations is that they transfer  sophisticated technology to developing countries which are essential for raising productivity of working class and enable us to start new productive ventures requiring high technology. Whenever, multinational firms set up their subsidiary production units or joint-venture units, they not only import new equipment and machinery embodying new technology but also skills and technical know-how to use the new equipment and machinery.

As a result, the Indian workers and engineers come to know of new superior technology and the way to use it. In India, the corporate sector spends only few resources on Research and Development (R&D). It is the giant multinational

corporate firms (MNCs) which spend a lot on the development of new technologies can greatly benefit the developing countries by transferring the new technology developed by them. Therefore, MNCs can play an important role in the technological up-gradation of the Indian economy.

With globalization and producing products efficiently and therefore with lower costs multinationals can play a significant role in promoting exports of a country in which they invest. For example, the rapid expansion in China’s exports in recent years is due to the large investment made by multinationals in various fields of Chinese industry.

BrahMos missile is a joint venture of Govt. of India with Russia, which is being sold to Vietnam, will bring income to India.

As a matter of fact until recently, when giving permission to a multinational firm for investment in India, Government granted the permission subject to the condition that the concerned multinational company would export the product so as to earn foreign exchange for India.

However, in case of Pepsi, a famous cold -drink multinational company, while for getting a product license in 1961 to produce Pepsi Cola in India it agreed to export a certain proportion of its product, but later it expressed its inability to do so. Instead, it ultimately agreed to export things other than what it produced such as tea.

With a large command over financial resources and their superior ability to raise resources both globally and inside India it is said that multinational corporations could invest in infrastructure such as power projects, modernization of airports and posts, telecommunication.

In view of above, Make in India initiative, skill India Initiative, current demographic scenario of India, foreign direct investment (FDI) will be encouraged and actively sought, especially in areas of (a) infrastructure, (b) high technology and (c) exports, and (d) where domestic assets and employment are created on a significant scale