granite,marble and quartz under the hammer in 2015 as it looks to expand its

area under mining as well as increase revenue.

– 9% of total mineral production in the country, is also exploring joint ventures

above) mining leases of mineral Granite, Marble, Quartz and Feldspar.

– According to Rajasthan Mineral policy 2015, to increase the number of

minerals under mining from 57-79 the government has allowed several

minerals, which were earlier reserved for exploitation by public sector only to

be explored and mined by private firms also, like Potash and steel grade

house facilities available and outsourcing other modern techniques through

land. Similarly, in urban areas, the development of new tourism units will not

is free of charge.

within the prescribed time, the land will be stamped Sampriwartit Swatru the

recovered, but the open area will be taken over by urban development.

– Heritage Hotels lease would be eligible for release.

– urban and rural areas, heritage hotels breadth of the road will have no

– heritage hotels and Purasampttion covered area of ??1000 square meters of

which 10 percent or less would be permissible Swatru retail commercial use.

– Building plans approved by the department concerned, the schedule will be.

– to train human resources for the tourism entities Rajasthan skills and

corporation for training institutions would be eligible for approval.

– tourism unit for the lease of land allocated amount Sampriwartit and

institutional purposes shall be determined based on the rate reserved.

2014 Overall economic benefits will be payable under.

along with remove or less populated areas where there is no power supply.

overcome the challenges of climate change.

– Its main provisions is to establish solar parks in state sector, private sector

and through Public Private Partnership.

placing them directly before State Level Empowered Committee headed by

Companies under Public Private Partnership wherein state Govt will have

equity upto 50% (including cost of land). 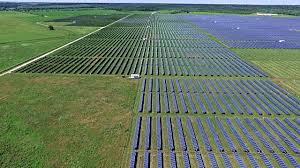 – Animal Husbandry is a major economic activity of the rural peoples, specially

in the arid and semi-arid regions of the Rajasthan.

– Development of livestock sector has a significant beneficial impact in

– Livestock contributes a large portion of draft power for agriculture, with

approximately half the cattle population and 25 percent of the buffalo

population being used for cultivation.

– bout 8% of G.D.P. of the State is contributed by Livestock sector alone. This

investment per unit. Therefore, livestock development is a critical pathway to

– there are 566.63 lacs livestock (which include Cattle, buffalo, Sheep, Goat,

State. Rajasthan has about 6.09% of country’s cattle population and

produced in the country.

– arious livestock development programmes are aimed to increase the

productivity of the animals on sound scientific methodology. The main

activities and programmes of the department includes:-

– State’s capital expenditure is expected to rise to 40 percent.

The salient features of budget

– The Missing Link in the budget provision of Rs 900 crore.

the state will invest in Rajasthan organized reset.

– 14 million cost of construction of railway under bridges.

– Chandbl elevated bridge over the river at a cost of 200 million.

– Every family paved terrace, every civilian government target of therapy.

the functioning of the job will be protected.

– Rural distinction drain path under construction will be approved.

– Durust public water plan will be.

– Efforts will be made to the liberation of fluoride Nagaur.

– Efforts will be made to the liberation of fluoride from Nagaur.

– 77 crore will attempt to bail out the debt-laden power companies.

– 600 villages will be connected by roads.

– Bisalpur project will work on bringing the water.

– 30 crore for the improvement of air gauze.

– Danion electrification in 864 of the state will be.

– 40 thousand agricultural connections will be issued.

– Havelis in Shekhawati will patronize.

– 26 thousand MW solar energy park will be for.

– “An increase of 26% for improving safety around the rail network.

– rail overbridge and unmanned crossings were major reasons behind human

fatalities and addressing them was long due.

IRCTC was undertaking.IRCTC Rail Neer bottling plant was chosen for

– in November 2013 with Hindustan Salts MoU was also signed. Under a

– the goal of 72,000 liters per day to be supplied to passengers Rail Neer. Rail

Neer from September 2015 until the plant was scheduled to begin production.

– The executive lounge on Jaipur Junction to be made. IRCTC has also been

given the responsibility of setting it up. The lounge at the junction railway

administration is providing space for installing the IRCTC. For it has been

– Will allow passengers to relax in the lounge. At the same time they are Wi-Fi,

a laptop can also take advantage of services.

corridor trains to operate at speeds of 250 to 300 km per hour, the action plan

will be prepared. But at the end of three years to develop this corridor has not

been launched in the direction.

Work on these projects begin

been required, work in progress).

rajasthan and their business field

– Members of Parliament (MPs) will be responsible for developing the socio-

economic and physical infrastructure of three villages each by 2019, and a

total of eight villages each by 2024.

– Key objectives of the Yojana include:

implementation of existing schemes, and certain new initiatives to be

designed for the local context, which may vary from village to village.

– MPs can select any gram panchayat, other than their own village or that of

their spouse, to be developed as an Adarsh Gram. The village must have a

people if located in hilly areas.

– Lok Sabha MPs can choose a village from their constituency, and Rajya

Sabha MPs from the state from which they are elected. Nominated members

can choose a village from any district of the country. MPs which represent

urban constituencies can identify a village from a neighbouring rural

– No new funds have been allocated for the Yojana. Resources may be raised

– A Village Development Plan must be created for each Adarsh Gram. While

each village will develop a list of activities to be carried out, based on its own

resources and requirements, possible activities have been listed in the

guidelines for the scheme.

stakeholders to monitor the scheme. Outputs relating to physical and financial

targets will be measured each quarter.