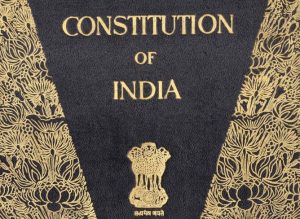 In the absence of a central law, several local courts have ruled recently that the right to be forgotten, or to be left alone, is inherent to the right to privacy, which was recognised as a fundamental right by India’s Supreme Court in 2017 (Puttaswamy Judgment).  It has become a hot-button issue worldwide with the explosive growth in social media and other online platforms, but few countries have legislation that enshrines it. A long-awaited data protection bill addresses the right to be forgotten.

In December, the Centre told the Delhi High Court that “right to be forgotten” is part of the fundamental right to privacy, but added it has no significant role to play in the matter.

The Right to be Forgotten falls under the purview of an individual’s right to privacy, which is governed by the Personal Data Protection Bill that is yet to be passed by Parliament.

In 2017, the Right to Privacy was declared a fundamental right (under Article 21) by the Supreme Court in its landmark verdict (Puttuswamy case). The court said at the time that “the right to privacy is protected as an intrinsic part of the right to life and personal liberty under Article 21 and as a part of the freedoms guaranteed by Part III of the Constitution”.

At least eight petitions are pending before Delhi High Court seeking removal of private information from the Internet, court records of previous convictions and proceedings, and news reports of past events. Only a few have been able to get that relief from courts so far.