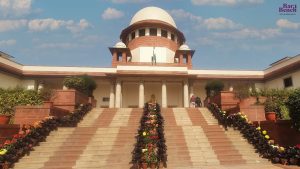 Criminal defamation is in news recently for multiple reasons. Questions have been raised on whether defamation should be treated as a civil wrong or criminal offence or both. It is argued that criminalizing defamation has a harsh effect on the right to freedom of speech and expression provided under article 19. There are many demands to make defamation only as a civil wrong.

According to section 499 of IPC, whoever, by words either spoken or intended to be read, or by signs or by visible representations, makes or publishes any imputation concerning any person intending to harm, or knowing or having reason to believe that such imputation will harm, the reputation of such person, is said, except in the cases hereinafter expected, to defame that person.

Section 500, which is on punishment for defamation, reads: “Whoever defames another shall be punished with simple imprisonment for a term which may extend to two years, or with fine, or with both.”

Sections 499-500 IPC do not constitute a “reasonable restriction” on speech, as commented by many because, to begin with, even truth is not a defence. Even if a person has spoken the truth, he can be prosecuted for defamation. Under the first exception to section 499, the truth will only be a defence if the statement was made for the public good, which is a question of fact to be assessed by the court. This is an arbitrary and overbroad rule that deters people from making statements regarding politicians or political events even which they know to be true because they run the risk of a court not finding the statement to be for the public good.