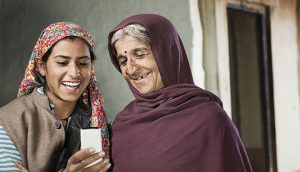 On the eve of International Women’s Day, the Ministry of Women and Child Development has launched ‘Kanya Shiksha Pravesh Utsav’ scheme to bring back the out-of-school girls back to the education system.

This scheme will fulfil the target of Right To Education act that says to bring out-of-school girls back to the education system.

It aims to generate awareness and also improve the efficiency of welfare services for the girl child. The initial aim of the campaign was to address the declining child sex ratio but it also include propagating education, survival and protection of the girl child.

National Scheme of Incentive to Girls for Secondary Education (NSIGSE) The objective of the scheme is to establish an enabling environment to reduce the drop outs and to promote the enrolment of girl children in secondary schools.