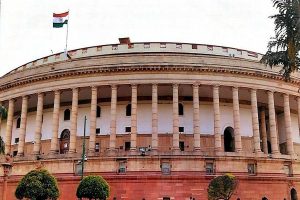 Representation of Peoples Act 1951 is an act enacted by the Indian provincial parliament before first general elections. The People’s Representation act provides for the actual conduct of elections in India. The act also deals with details like qualification and disqualification of members of both houses of Parliament (ie Loksabha and Rajyasabha) and the state legislatures (ie. State Legislative Assembly and State Legislative Council).

Part 21 of the the Indian Constitution drafted by the Constituent Assembly had mentioned for a provisional parliament. The provisional parliament enacted Representation of People’s Act 1951, so that general elections could be conducted according to the rules mentioned.  Citation is Article No 43 of 1951. Representation of People’s Act contains 13 parts (2 parts added as amendments). Each part is divided into different sections making it a total of 171 numbered sections (including those sections which were repealed later.).