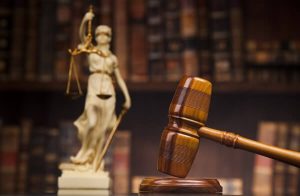 There are more than 3 crore cases pending in different courts of India. Many of these cases are pending for more than 10 years. Below are the approximate number of cases pending in Supreme Court, High Courts and District and Subordinate courts in India.

The reasons for huge pile of pending cases are :

Increase in the awareness of rights by common man

The recent socio-economic advances and the resultant awareness of legal rights, has given courage to common people to approach courts of law for justice.

Introduction of new New mechanisms like RTI and PIL

As government explicit made legislation for new rights like ‘Right to Information’ and ‘Right to Education’, aggrieved parties started to increasingly knock the doors of justice.  Also, active judiciary has invented new devices like Public Interest Litigation which gave again resulted in more cases.

There are not enough judges

There are not enough judges (only around 21,000). Current Judge to Population ratio is 10 to 1 million. The Law Commission report in 1987 recommends atleast 50 to 1 million. Population has increased by over 25 crore since 1987.  The Centre says the States should take the lead in increasing the number of judges and the States say Centre should take the lead. As this tug-of-war goes on, judges’ strength remains the same and litigants remain in jail.

There is too much litigation from the Government Side

The government is the largest litigant in India, responsible for nearly half the pending cases. Many of them are actually cases of one department of the government suing another, leaving decision-making to the courts. Also, it most of the cases, when government files a case, it is seen that the government side fails to prove the point.