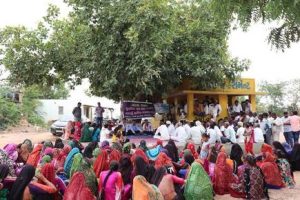 A writ petition was filed in 2019 by the National Federation of Societies for Fast Justice for the establishment of Gram Nyayalayas as provided by the 2008 Act. The Supreme Court of India noted that while some states are yet to issue notifications, the Gram Nyayalayas were not operational in most of the states which have issued notifications.

Measures to improve the functioning of Gram Nyayalayas