Reformers like Raja Rammohan Roy, Ishwarchandra Vidyasagar, Swami Dayanand Saraswati, Jyotiba Phule, Sir Syed Ahmed Khan and Pandita Ramabai understood that ignorance and backwardness in the society was responsible for hindering its progress and development. They studied the religious scriptures and criticized the prevalent religious and social practices. According to them, society should be based on the concepts of liberty and equality both for men and women and this was possible only by the spread of modern and scientific education especially among t 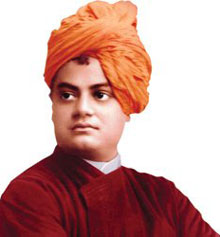 he women.These movements came to be called socio-religious movement because the reformers felt that no change is possible in a society without reforming the religion.

Raja Rammohan Roy’s  efforts to fight the social evils were  supported by the then Governor General of India, Sir William Bentinck. A law was passed in 1829 making Sati illegal and punishable. He also made efforts to advocate widow re-marriage and condemned child marriage. He advocated the importance of Vedas in reforming religion and upheld the fundamental unity among all religions.He started a campaign for the abolition of sati, condemned polygamy and concubinage, denounced casteism, advocated the rights of Hindu widows to remarry. He rejected Christianity . denied the divinity of Jesus Christ , but accepted the humanism of Europe Thus, Rammohan Roy sought to effect a cultural synthesis between the East and the West.

The Arya Samaj founded by Swami Dayanand Saraswati in 1875 undertook the task of reforming Hindu religion in North India. He considered Vedas to be infallible and the foundation of all knowledge. He rejected all those religious thoughts which were in conflict with the Vedas. He believed that every person had the right to have direct access to God.He disregarded the authority of the later Hindu scriptures like the puranas and described them as the work of lesser men a responsible for the evil practices of idol worship and other superstitious beliefs in hindu religion. Dayanand condemned idol worship and preached unity of Godhead.

Ramakrishna Paramhansa (1836-1886) highlighted the essential unity of religions and the need to lead a spiritual life. He believed that the different religions of the world are only different ways to reach the same god.Ramakrishna Mission are based on ancient and traditional concepts amidst increasing westernization and modernization. The Mission was conceived and founded by swami Vivekananda in 1897, eleven years after the death of Ramkrishna. He considered and emphasized that Krishna, Hari , Rama, Christ, Allah are different names for the same God. Unlike the Arya Samaj, Ramakrishna Mission recognizes the utility and value of image worship in developing spiritual fervor and worship of the Eternal Omnipotent God.

Swami Vivekanand believed in the spirit of Vedanta and the essential unity and equality of all religions. He laid stress on the removal of religious superstitions, obscurantism, and outdated social customs. He tried to remove caste rigidities, and untouchability. He motivated the people to respect women while he himself worked for women’s upliftment and education. Vivekananda attached primary importance to the removal of ignorance among the people.

On 7 September 1875, HPB, Col. Olcott and W. Q. Judge, together with several others, formed a Society which they chose to call The Theosophical Society, for promulgating the ancient teachings of Theosophy, or the Wisdom concerning the Divine which had been the spiritual basis of other great movements of the past, such as Neoplatonism, Gnosticism, and the Mystery Schools of the classical world. The influence of Theosophical Society spread under Annie Beasant in 1893 who played an important role in India’s struggle for freedom. She and her associates advocated the revival and strengthening of the ancient religions of Hinduism, Zoroastrianism and Buddhism. The members of that his society believe that a special relationship can be established between a persons soul and God by comtemplation, prayer , revelations etc. The Society accepts the Hindu beliefs in reincarnationtion. Krma and draws inspiration from the philosophy of the Upanishads and Samkhya, Yoga and Vedanta school of though. It aims to work for universal Brotherhood of Humanity without distinction of race, creed., sex, caste or colour. The Society also seeks to investigate the unexplained laws of nature and the powers latent in man. The Theosophical Movement came to be allied with Hindu Renaissance.