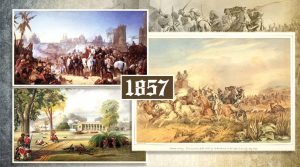 Colonial economic policies, the new land revenue system, the colonial administrative and judicial systems, and the ruin of handicrafts leading to the over-crowding of land transformed the agrarian structure and impoverished the peasantry. When the peasants could take it no longer, they resisted this oppression and exploitation.  The most militant and widespread of the peasant movements was the Indigo Revolt of 1859-60.

A major reason for the success of the Indigo Revolt was the tremendous cooperation, organization and discipline of the ryots. Another was the complete unity among Hindu and Muslim peasants. Leadership for the movement was provided by not just ryots but in some cases by petty zamindars, moneylenders and ex-employees of the planters.

A significant feature of the Indigo Revolt was the role of the intelligentsia of Bengal which organized a powerful campaign in support of the rebellious peasantry. It carried on newspaper campaigns, organized mass meetings, prepared memoranda on peasants’ grievances and supported them in their legal battles.

During the 1870s and early 1880s, Bengal was facing agrarian unrest, because of efforts by zamindars to enhance rent beyond legal limits and to prevent the tenants from acquiring occupancy rights under Act X of 1859.

This they tried to achieve through illegal coercive methods such as forced eviction and seizure of crops and cattle as well as by dragging the tenants into costly litigation in the courts. The peasants were no longer in a mood to tolerate such oppression.