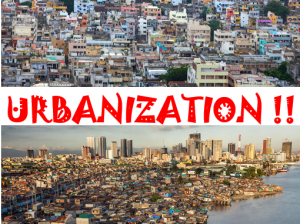 Cities are India’s economic powerhouses and a magnet for a large rural population seeking a better life. In the recent few years, a number of schemes have been launched specifically for the development of cities and the urban dwellers. However, with reference to the efforts made for developing cities, the results have been dismal. The major cause for the same can be attributed to poor planning, infrastructural shortcomings and the plight of Urban Local Bodies (ULBs).

Challenges to Development of Cities