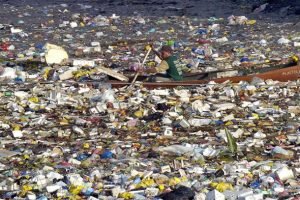 Plastic pollution is the most widespread problem affecting the marine environment.  Marine species ingest or are entangled by plastic debris, which causes severe injuries and deaths. Marine wildlife such as seabirds, whales, fishes and turtles, mistake plastic waste for prey, and most die of starvation as their stomachs are filled with plastic debris. Floating plastics also contribute to the spread of invasive marine organisms and bacteria, which disrupt ecosystems.

Impacts on food and health