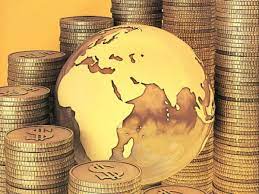 The global crisis took its toll on the US and Europe leading to a contraction of their output, but did not enter the recessionary phase, which is continuous contraction of output more than two quarters. However, the fears of recession haunted both the US and Europe . More than the contraction of output , a greater concern was the increasing pace of the unemployment. India had a higher degree of financial integration than trade integration with capital inflows both in current as well as capital account more than 100 per cent of the GDP. Let us also accept a fact that US is too large an economy to be ignored for their adverse fallouts by any economy . Being the biggest economy is the biggest driver of integration and coupling of economies.

The crisis did impact India as well as other Asian economies such as China with a ‘slowdown’ in their growth but not contraction of output, in all these economies. The impact was there but less intense than that experienced by the US and European economies. As said previously, this was a financial sector crisis and the Indian financial system was less affected, given dominance of the public sector banks, which are less exposed to complex risk products, nor overleveraged, fairly risk averse and not much exposure to international markets and products.

What the crisis did to India was to push the domestic financial sector into a ‘cautious and wait and watch mode’, became averse to lending. It did impact some of the private and foreign banks in India but not to the same magnitude; as such exposures were limited and small in relation to their balance sheet size. This forced tightening of the liquidity by banks, self-imposed, in their own wisdom, dried up money with the industrial sector which in any case, had also gone in the cautious mode.