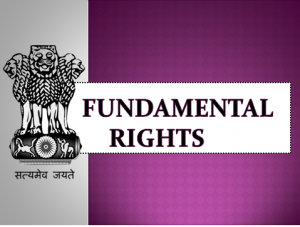 In January 2020, the Supreme Court of India held that access to information via the Internet is a fundamental right under the Indian Constitution. This was in the case of Anuradha Bhasin vs Union of India, where the top court also ruled that any restriction on Internet access by the Government must be temporary, limited in scope, lawful, necessary and proportionate.

The expectation was that this decision would limit the instances of Internet suspension to only those exceptional situations where there is a public emergency or a threat to public safety — the legislatively mandated prerequisites for restricting Internet access. Unfortunately, these promises have remained unfulfilled. The year following the decision, India saw more instances of Internet shutdown than the year preceding it.

Check Fake News: Internet shutdowns are typically used when there is civil unrest, in order to block the flow of information about government actions or to end communication among activists and prevent the spread of rumours and fake news. 

Preventive Response: Cutting off the Internet is both an early and preventive response to block restive groups to organise riots against the Government.

Create a Trust Deficit: The Internet is a necessity in this day and age, and restrictions without publicly disclosed reasons create a trust deficit.

Economic Impacts: In 2020, the Indian economy suffered losses to the tune of USD 2.8 billion due to 129 separate instances of Internet suspension, which affected 10.3 million individuals.

Against Human Development: The harm — economic, psychological, social, and journalistic — caused by such suspensions outweighs any speculative benefits.