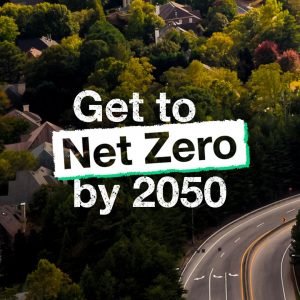 Current proposals for a pledge of net-zero emissions by 2050, particularly if bound in law, would likely win India diplomatic credit, but risk our development future, and ironically, may not, in practice, accelerate our transition to a low-carbon future. India has an opportunity to claim leadership by being ambitious, by shifting the spotlight to concrete immediate actions, backed by credible institutions, with long-term pledges, net-zero or otherwise, as a supporting element.

Our starting point for what India should do lies in two observations. India’s greenhouse gas emissions are growing, and, because complex energy and economic systems take time to turn around, will grow for some time. The trick for countries with growing economies is to shorten that turnaround time and lower the level at which our emissions will peak. To do so, we have to focus on squeezing more development out of less carbon. In addition, India’s domestic political choices are, invariably, going to be driven by our development future, and not by mitigation objectives alone; Indian citizens are unlikely to be willing to sacrifice development for mitigation. But the good news is that, in many cases, we don’t have to. We have to bring together development and mitigation through our development choices — how we urbanise and how we industrialise. While net-zero may be useful for a country where emissions are on the downward slope, a focus on development pathways is more helpful for a growing country like India with a choice between development futures.

To operationalise this focus on development pathways requires three steps. First, identify and build a future pledge around sectoral transition plans for key areas of the economy in order to achieve a low-carbon future. These plans will require emphasising different aspects depending on the specifics of the sector. For example, to accelerate the electricity sector transition requires fixing distribution companies, transitioning from coal while protecting coal communities, and enhancing investment in renewable energy investments. In transport and buildings, attention to urbanisation patterns, behavioural choices such as public transport, and incentives for more electric vehicles in transport will bear fruit.