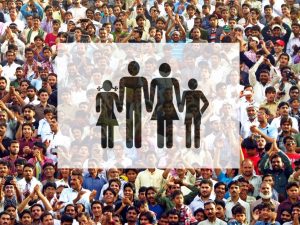 Recently, two Indian state governments – Uttar Pradesh and Assam – have advocated aggressive population control measures. This proposal pertains to pursuing a two-child policy for entitlement to state government benefits. With ongoing trends, India will overtake China as the most populous country by 2025 or perhaps sooner. The overwhelming population burden is causing a resource crunch on resources like hospitals, food grains, houses, or employment. However, population control, grounded in classic economic theories, has been a double-edged sword. It has both advantages and costs.

Concerns with the Population Control In India

While these theories increased our understanding of population economics, many of these theories were later found to have many flaws. This can be reflected in the following arguments.

China enforced a one-child norm in the 1980s, but with an increasing share of older people in its population (due to one-child policy), China abandoned the old policy and encouraged couples to have more children.

What makes population control an even more vexed issue in India is the religious polarisation around it. The bogey of population explosion is often used (directly or indirectly) to target a particular minority in India. The population controlling measure will impact social harmony.

Total fertility rates (TFR) are higher among the poor and they come down as incomes increase.