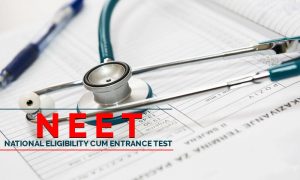 The affirmative action programme that was envisaged during the founding moments of the republic is indeed one of the remarkable provisions to have been worked out by our Constitution makers. It has been historically significant in enunciating the principle of justice in a deeply unequal and oppressive social order such as ours.

While it is undeniable that reservation provisions have been one of the protagonists of Indian democracy’s success stories, these have also accumulated a fair share of problems and call for immediate policy attention and debate.

No Equity: Through reservation of seats in political and public institutions of the state, it was thought that the hitherto marginalised groups — which have suffered generations of oppression and humiliation — would, finally, be able to find place in the power sharing and decision-making processes.

Problem of Reification: The current system suffers from the problem of reification (fallacy of ambiguity) is a reality in the present situation.Based on the last five years’ data on appointments in central government jobs and OBC admissions to central higher education institutions, the commission concluded that 97% of central OBC quota benefits go to just under 25% of its castes.

Demands From the Marginalised Section: There is now a strong demand from those who have not been able to accrue the benefits of reservations from within the marginalised sections, to devise some policy option which may be able to supplement the existing system of reservation.