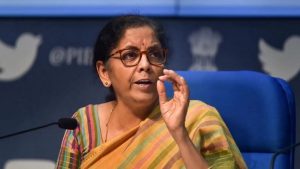 Before the government concludes its discussions with the Reserve Bank of India (RBI) on privatising public sector banks (PSBs), it may want to study the history of Indira Gandhi’s bank nationalisation — for nationalisation did have its positive outcomes and privatisation can have negative outcomes.

The pre-nationalised banks had a profit motive, and shared close links with the corporate sector. So it’s not surprising that they had been lending 67% of their funds to industry and virtually nothing to agriculture. In 1969, commercial banks couldn’t lend money to farmers because they were only present in less than 1% of villages. Farmers were unable to get bank loans just when the Green Revolution was getting underway and they needed credit to buy the expensive inputs required to increase output.

In 2018, it was estimated that four out of five Indians had a bank account. Had the banks not been nationalised, I don’t think they would have ventured so deeply into unprofitable rural India.

PSBs are owned by the government, politicians in power think they are the owners. This has led to two frequent forms of political interference in banking. The first is known as telephone banking, with politicians ringing bank officials with instructions to lend money to their cronies. Second, some politicians have also undermined PSB’s by using them to win votes with loan waivers or by responding to public demand to finance unproductive projects. But it is a myth that PSBs are inherently inefficient, and privatisation is more efficient. If this is not challenged, banking reforms currently being discussed may well cause an imbalance in India’s development even further.

A better solution than privatisation may well be giving PSBs autonomy to reform themselves and function free of political interference. Remember, most East Asian success stories have been underpinned by financial systems effectively controlled by governments, and in the West, governments have had to rescue private banks from bankruptcy. India should think through its approach to public banks.