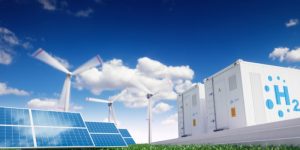 . The latest IPCC report released in August,2021 has issued “a code red warning to humanity”. Its main message is that the Earth is rapidly deteriorating, there is no getting away from climate change and this is happening because of human “influence.” While it cautions about extreme weather events like heat waves, heavy rainfall, floods, droughts, and cyclones — many of which are already being witnessed across the world and in India — it also says we could limit global warming to 1.5 degrees by 2040. If we do that, the changes taking place in the world could be slowed down and even stopped from getting worse.

This warning should make India take a relook at its climate mitigation efforts and accelerate them many folds if it wants to achieve the NDC (Nationally Determined Contributions) targets it has made a commitment to. Ideally it should go beyond these objectives to ring-fence the country from future disasters. Though the IPCC report is purely science based and silent on the role businesses can play, it is a sector that can greatly help to reach this goal.

In order to achieve its Paris commitment, India needs to ensure that it has a few things in place by 2030. These include increasing its cumulative electricity generation installed capacity from non-fossil energy sources to 40 per cent; and lowering emissions intensity of its GDP by 33-35 per cent compared to 2005 levels. It must also create an additional carbon sink of 2.5- 3 billion tonnes through additional forest and tree cover.

Besides these international commitments, the government has also set ambitious domestic targets for renewable energy, air quality and others. How are all these to be achieved? It goes without saying that all government policy and actions have to be directed towards reaching these goals. State governments and municipalities too will have to be nudged and incentivised to think global and act local on both emission reduction and biodiversity enhancement. One section that can play a stellar role in the process are businesses, both big and small. By striving towards emission reduction and net zero goals, they could come closer to achieving their own goals and participate in those of the nation.