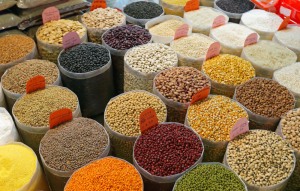 The Prime Minister emphasised the need to ensure “poshan” (nutrition) to the country’s women and children. He announced that, by 2024, rice provided to the poor under any government scheme — PDS, mid-day-meal, anganwadi — will be fortified. Leveraging science to attack the complex challenge of malnutrition, particularly forlow-income and vulnerable sections of the society, who cannot afford balanced diversified diets, can be a good intervention. This step can have its own challenges.

Malnutrition is the primary reason behind 69 per cent of deaths of children below the age of five in India, according to a UNICEF’s The State of the World’s Children 2019 report. The report further states that every second child in India, under five years of age, is affected by some form of malnutrition. According to Mini Varghese, Country Director, Nutrition International, conditions arising from malnutrition can prevent brain development, body growth, immune systems from working effectively, and increases lifelong risk of disease and disability.

Does Not Require Behaviour Change

Fortification can make frequently consumed foods or daily staples more nutritious without any change in the dietary habits of the consumers. The demand and consumption of staples like wheat flour, rice, milk, oil, and salt usually remains uninterrupted in every scenario and they are consumed across the population – from low to high income groups. This makes food staples a great vehicle to add micronutrients to improve the nutritional status of the general population.

Provides Nutrition Without Any Change In Characteristics Of Food

Though micronutrients are added, fortification does not cause any change in the taste, aroma, texture, or appearance of the food. For example, for the fortification of rice, Fortified Rice Kernels (FRK) are manufactured by combining rice flour with required nutrients. FRK resemble the sheen, transparency, consistency and flavour of rice. These kernels are simply mixed with ordinary rice.

According to the ‘Guidelines on food fortification with micronutrients’ issued by the WHO and Food and Agricultural Organization of the United Nations, if consumed on a regular and frequent basis, fortified foods will maintain body stores of nutrients more efficiently and more effectively than will intermittent supplements.

The overall costs of fortification are extremely low; the price increase is approximately 1 to 2 per cent of the total food value.  Nutrition International and University of Toronto have developed the Encapsulated Ferrous Fumarate-Double Fortified Salt (EFF-DFS) which has both iron and iodine. According to Ms Varghese, the DFS comes with a minimal incremental cost of Rs. 0.02 per person per day.