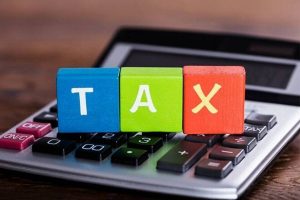 . The recent G7 meeting saw the finance ministers of the seven nations communicating their commitment to a global minimum tax of at least 15 per cent. This struck a chord with all those who wish that tax havens no longer prey at their tax base with exemptions and zero corporate tax rates. However, there is more to this than meets the eye.

The agreement on the rate is just the beginning of a long road to forgoing a political consensus on how these profits are taxed and, more importantly, where they are taxed. For this, one must turn to the 250-page report of the OECD on the Pillar Two proposal. Glancing through the pages, it is clear that the complex proposal is designed to shore up taxes from low-tax jurisdictions, especially on incomes from intangible assets. It gives the jurisdictions of the ultimate parent entities — of firms with revenue above 750 million euros — the first right to tax the differential between the actual and the effective tax rate. A mirror rule that gives source countries such as India the right to withhold a higher rate on cross-border payments to low-tax jurisdictions is subject to certain thresholds and more so would require bilateral treaty renegotiations unlike the rules applicable to residence countries. The G-24 earlier had expressed their unhappiness with these thresholds, however they continue in design.

The minimum tax is being hailed as an end to a race to the bottom, essentially implying that even tax incentives that exist in treaty rates or local tax systems may no longer be available. While the jury is out on if tax incentives work in attracting investment, there are small countries that hang by the thread of limited means.

The Pillar Two proposal was introduced along with Pillar One under the OECD’s tax challenges arising out of digitalisation. It is amply clear that Pillar Two has moved beyond digital companies, but there remains an intricate connection between the two. The allocation of profits of big-tech companies still remains to be decided under Pillar One. The allocation of tax made under Pillar One to markets will be added to taxes collected in the calculation of a minimum rate in a country. Any digital services tax such as the equalisation levy will not count as tax paid for the calculation of the minimum rate.