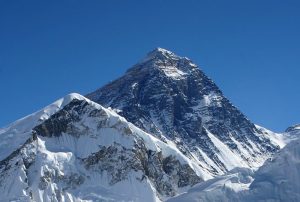 The caste system in India has its roots in ancient India. Just as the ashrama dharma laid down rules and duties with reference to the individual’s life in the world, varna or caste system prescribed duties with reference to the particular caste to which an individual belonged. Earlier they were all regarded equal in social status and could take up any profession they liked.

There was no restriction in the matter of eating food or marriage with members of other profession. But with the beginning of specializing in hereditary professions and coming in contact with the indigenous people situations changed and the birth of the person decided their caste. Hence the varna system that developed during that time was the outcome of the social and economic development.

But as time passed, it led to the division of society into high-caste and low-caste people who could not mix with each other. Inter-caste dining or marriage was forbidden. People belonging to the so called lower castes were exploited and slowly down the ages, their condition became miserable. They were poor and did not enjoy equality in society. They were not even allowed to draw water from the common wells of the villages, or even could go to the temples or to come close to the people of the so called higher castes. Thus caste system hampered the healthy growth of different professions as entry into a particular profession was based on birth and not on ability.

Caste-based discrimination has at times even led to violence. The caste-system also makes the working of democracy in our country difficult. Society gets divided into artificial groups that tend to support the candidate who belongs to their caste. They do not pay much attention to the fact whether he/she is a deserving candidate or not. This is not good for the health of democracy in India. Our country cannot make real progress unless this system is uprooted completely.

During the post-independence period, i.e. after 1947, the Government has taken cognizance of these issues and tried to tackle them through legislation (enacting laws to counter these issues) as well as by social action (by involving the civil society, NGOs (Non-Governmental Organizations) and social groups. These steps have helped in improving the situation but still a lot more needs to be done

Discrimination against women begins even before her birth. The gruesome evils of female feticide and infanticide prove how brutal the world could be to women.

Though the Indian constitution provides equal rights and privileges for men and women and makes equal provision to improve the status of women in society, majority of women are still unable to enjoy the rights and opportunities guaranteed to them.

Traditional value system, low level of literacy, more house hold responsibilities lack of awareness, non-availability of proper guidance, low mobility, lack of self confidence family discouragement and advanced science and technology are some of the factors responsible to create gender disparity in our society. The most important causes of gender disparity such as poverty, illiteracy, unemployment, social customs, belief and anti-female attitude are discussed here.

The status ow women in India has been affected by following factors:-

The practice of dowry is one of the worst social practices that has affected our culture. In independent India, one of the landmark legislations is the passing of the Dowry Prohibition Act in 1961 by the Government of India. Despite the fact that the practice of both giving as well as accepting dowry is banned by law and such acts are punishable offences, the system is so thoroughly imbedded in our culture that it continues unabated.

Whether it is rural or urban India, the blatant violation of this law is rampant. Not only dowry deaths, even most of the acts of domestic violence against women including psychological as well as physical torture are related to matters of dowry. Some of the very basic human rights of women are violated almost every day. Sometimes it is heartening to see some girls stand firm to assert their rights against dowry. But there is an urgent need to strengthen such hands by taking some concrete as well as comprehensive social, economic, political and administrative measures in order to free Indian society of this disease

Sati (also called suttee) is the practice among some Hindu communities by which a recently widowed woman either voluntarily or by use of force or coercion commits suicide as a result of her husband’s death. The best known form of sati is when a woman burns to death on her husband’s funeral pyre. Raja Rammohan Roy even filed a petition for a law banning sati practice.He percuaded William Bentinck, the Governor of Bengal, to ban sati practice in British India.

Various program and schemes for women development are:-

First and the foremost concern of today’s youth in India is education. Indian youth demands for better education, employment driven training and brighter future. Youth also want that skill based education and job placement should be a part of every higher institution. More emphasis should be laid down on career oriented courses and there should be a connection with real life scenario rather than just bookish. Youth from non-urban setting generally lacks good communication skills. This is also one of the major concerns because it acts as an obstacle on the way to get job and progress.

Youth unemployment in India is on rise. According to the World Development Report 2013, 9% of males and 11% females aged between 15 to 24 years are unemployed. As per data of 2009-10, 9.7% of young men and 18.7% of young women in India were unemployed. At global level, chances of youth being unemployed is three times more than adults. Global financial crisis hit youth first then adult. Also as per NSSO survey, youth unemployment among illiterate is less as compared to educated youth. Because illiterate youth is willing to do all sorts of work whereas educated ones look for jobs in their respective field only. Young graduates suffer the most as far as getting job is concerned.

Today’s youth is concerned with the issue of corruption more than anything else and that is why most of the protestors in the recent Anna Hazare’s campaign against corruption were the Indian youth.

Drug abusing youths are vulnerable to horrible health issues that may spiral to death. Due to consumption of illegal substance, youth face various challenges like school dropout, which then later affects their employment chances since they lack adequate education.

The changing feeding habits have caused serious health issues with the youth of the nation. Obesity and other health issues are on a rise.

Various problems of minority in India are:-

Various constitutional provisions and other steps taken for the development of minority community in India are:-

Tribal’s are the aboriginal residents of the Indian subcontinent.They have been exploited for the ages and are the most vulnerable and underdeveloped section of the Indian society.

In the areas where tribal populations are concentrated, their economic and social conditions are usually much worse than those of non-tribals. The independence of India in 1947 should have made life easier for adivasis but this was not the case. Firstly, the government monopoly over forests continued. If anything, the exploitation of forests accelerated. Secondly, the policy of capital-intensive industrialization adopted by the Indian government required mineral resources and power-generation capacities which were concentrated in Adivasi areas.

Adivasi lands were rapidly acquired for new mining and dam projects. In the process, millions of adivasis were displaced without any appropriate compensation or rehabilitation. Justified in the name of ‘national development’ and ‘economic growth’, these policies were actually a form of internal colonialism, subjugating adivasis and alienating the resources upon which they depended.This alienation of land has lead to rise of descent in the tribal population and has caused the problem of Naxalism.

India is a tropical country and Indian Agriculture is rightly called as an gamble with the monsoon. Even after 60 years of independence more than half of the population of the nation depends on agriculture for there livelihood.

the major problems and issues of Farmers are:-

Issues related to Person with Disablity

The differently abled are not ‘disabled’ only because they are physically or mentally impaired’ but also because society is built in a manner that does not cater to their needs. Society has for long neglected the needs and social values of the person with disabilities.
The social construction of disability has another dimension. There is a close relationship between disability and poverty. Malnutrition, mothers weakened by frequent childbirth, inadequate immunization programmes, accidents in overcrowded homes, all contribute to an incidence of disability among poor people that is higher than among people living in easier circumstances. Furthermore, disability creates and exacerbates poverty by increasing isolation and economic strain, not just for the individual but for the family; there is little doubt that disabled people are among the poorest in poor countries.

Various programs and steps taken for the welfare of person with disability are:-

India is a multi religious nation with different communities living in peace with other communities since ages . Persons belonging to different communities such as Hindus, Sikhs, Muslims, Christians, Parsees, etc. live in India. The aggressive attitude of one community towards the other creates tension and clashes between two religious communities. Hundreds of people die in communal riots. It breeds hatred and mutual suspicion.

Communalism is an issue that needs to be tackled and eradicated. It poses a great challenge to democracy and unity of our country. It is therefore, a major obstacle in the path of our progress. Education is one very important means through which we can hope to bring peace and harmony in society. We must remember that we are all human beings first, before we belong to a religious community. We must respect all religions. Our country is secular, which means that all religions are treated equally and everyone is free to follow their own religion.

Literacy is defined as the ability to read and write. It is an evolving concept which not only entails the grasping abilities of printed text but also the abilities to adapt visual entities and technological awareness as well.

Ras free notes team has come up with innovative notes and video lectures for RAS RTS exam of RPSC which is must for all the RAS RTS exam of RPSC aspirants. You should subscribe for ras free notes website for detailed notes and online video lectures. We will be guiding you for RAS RTS Prelims and RAS RTS Mains examination with the help of experienced faculty. Our faculty mambers of ras free notes have already qualified various civil services examination and aim at providing the free notes for RAS RTS Exam preparation to the rural and disadvantaged candidates of ras free of cost with the help of digital technology. Rajasthan Public Service Commission(RPSC), Ajmer. Here is RAS Pre GK, GS Paper 1 Solutions, Full Question Paper, Answer Key of RAS Pre Examination . For Results, Cut-Off Marks, Subject Papers.  RAS Pre Question Paper Solutions. For More updates on RAS Pre 2012 Results Follow us on FACEBOOK OR GOOGLE+ For all Previous year RAS RTS Papers(1991-2012) visit: rasfreenotes.in RAS Exam Previous years Papers are completely solved along with sectional devision Ras RTS Mains exam .