Main Features Of Budgets Of Telangna

Telangana presented a tax-free, revenue surplus budget for 2017-18, proposing an expenditure of Rs 1,49,446 crore, an increase of 14.59 percent over the previous year.

The development and welfare oriented budget in the new format in accordance with the guidelines issued by the central government. The plan and non-plan expenditure classification has been replaced with capital and revenue expenditure. 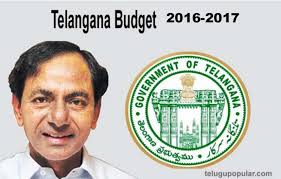 The state coined ‘maintenance and scheme expenditure’ for the two new heads.

Information technology department gets Rs 252.89 crore in the budget.

The budget allocated Rs 14,375 crore for the welfare of Scheduled Castes, Rs 8,165 crore for Scheduled Tribes, Rs 5,070 crore for backward classes and Rs 1,249 crore for minorities.

The allocation for agriculture was Rs 5,943 crore.

Rs 4,000 crore as the third and final instalment for waiver of farm loans.

For the Telangana Rashtra Samithi government’s ambitious scheme for revival of irrigation tanks, Rs 3,000 crore has been allocated.

Glossing over the State’s achievements, a number of sectors hitherto neglected have got special focus and higher allocations.

Even if the power demand shoots up to 10,000 MW, he said the State is ready to meet such demand.

Stating that the budget reflects the concern for the welfare of the poor and the economic development of the State, this focus was similar to three previous budgets.

In the first eight months of the current fiscal, tax revenue was higher by 19.61 per cent achieved in spite of demonetisation impact on stamps and registration.

Following the Union Government’s decisions, the State has done away with Plan and non-Plan approach to stick to classification of expenditure into revenue and capital.

Telangana was in the process of a major transition from a shackled economy to that of an economy which is being nurtured back to fulfilling the long-pending aspirations of the people.

Under the special development fund for SCs and STs, allocation of ₹14,375 crore and ₹8,166 crore have respectively been made.

Towards minority welfare, the State has allocated ₹1,259.66 crore and set aside ₹1,940 crore for fee reimbursement. Expecting tourism to be a job creator, the State has earmarked ₹198 crore.

A number of programmes, including two bedroom houses for the poor, were envisaged for implementation through extra-budgetary resources. Thus, the expenditure in 2017-18 would be significantly higher than the budgeted amount.