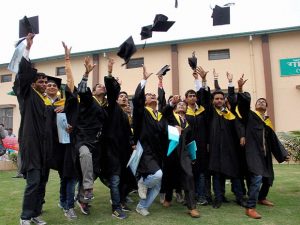 Some of the technologies will play important role in the Fourth Industrial Revolution are as follows:

AI defines computers that can think like humans. They can recognize complex patterns, process information, draw conclusions, and make recommendations. AI has many applications, from spotting patterns in huge piles of unstructured data to powering the autocorrect on your phone, to the smallest chip to a big manufacturing process.

Blockchain is a secure, decentralized, and transparent way of recording and sharing data, with no need to depend on third-party intermediaries. The digital currency Bitcoin is the best-known blockchain application. However, the technology has other applications like traceable supply chains, securing sensitive medical data anonymously, and combating voter fraud.

New computational technologies are making computers smarter as they enable computers to process vast amounts of data faster than ever before. The advent of the cloud has allowed businesses to safely store and access their information from anywhere with internet access. Quantum computing technologies will eventually make computers millions of times more powerful. These computers will have the potential to enhance AI, create highly complex data models in seconds, and speed up the discovery of new materials.

Virtual Reality (VR) offers immersive digital experiences (using a VR headset) that simulate the real world, while augmented reality (AR) merges the digital and physical worlds. Examples include makeup apps, which allow users to digitally experiment with makeup products before buying them, and the Google Translate phone app, which allows users to scan and instantly translate street signs, menus, and other text.