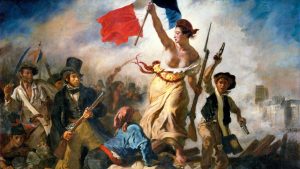 The French revolution brought fundamental social, political, and economic changes in the history of France.

End of the social divide

The French Revolution destroyed the social discriminative class system in France and declared equality for all. This led to the rise of the middle class who had acquired education to positions of responsibility.

Declaration of rights of man

The constitutional assembly came out with the document of human rights which granted political liberty, like freedom of speech, press, association, worship, and ownership of property.

The revolution gave birth to the revolutionary ideas of liberty, equality, and fraternity. These ideas started in France and spread to other areas like Italy, Germany, etc. promoting equality, freedom and democracy, and good governance. France became the birthplace of democracy.

The Bourbon monarch that had ruled France for over 400 years came to end by the French revolution. The monarchy rule was abolished in 1792 and replaced it with the Republican form of Government. Although the Bourbon monarch was restored by the great powers after the downfall of Napoleon, it could not survive beyond 1830 because the monarchs were already weakened by the changes caused by the French revolution.