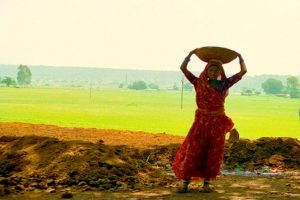 Women’s education has increased over the last two decades and fertility rates have fallen — both have contributed to increasing participation of women in the paid labour force elsewhere in the world. However, this is not the case in India. India’s Female Labour Force Participation Rate (FLFPR) has fallen from 31.2% in 2011-12 to 24.5% in 2018-19.

Among several other factors including domestic responsibilities, societal norms, limited opportunities  lack of supportive infrastructure, a major explanation for women dropping out of the labour force is the fear of sexual violence (broadly categorising crime against women).

The Plight of Female Labour Force Participation in India