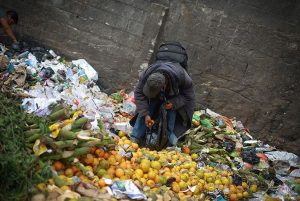 According to the World Health Or. ganisation, 50 per cent of all malnutrition can be traced to diarrhoea and intestinal worm infections, caused by poor water, sanitation and hygiene. It’s evident that there is a direct correlation between sanitation and nutrition, and the sooner we acknowledge it, the faster we can work towards fixing it.

Of all the problems confronting the youth, nutritional insecurity is the worst, holding the power to cripple the future of an entire generation. A recent UNICEF report stated that nearly 12 lakh children could die in low-income countries in the next six months due to a decrease in routine health services and an increase in wasting. Nearly three lakh such children would be from India.

National Family Health Survey (NFHS 5) indicates that since the onset of the pandemic, acute undernourishment in children below the age of five has worsened. The Economic Survey 2019-2020 notes that “Food is not just an end in itself but also an essential ingredient in the growth of human capital and therefore important for national wealth creation”.