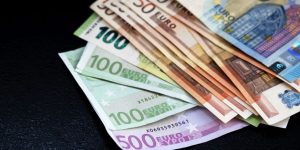 Vote on Account is a grant in advance to enable the government to carry on until the voting of demands for grants and the passing of the Appropriation Bill and Finance Bill.

This enables the government to fund its expenses for a short period of time or until a full-budget is passed. As a convention, a vote-on-account is treated as a formal matter and passed by Lok Sabha without discussion.

Vote on Account was frequently used until 2016 when the Budget was presented on the last working day of February. However, since 2017, the budget presentation date was advanced to February 1. This helped the executive to use almost 2 months time to get the full-budget passed in the same financial year. So, since 2017, Vote on Account is not usually used as part of the government budgeting process, unless in special cases like an election year.