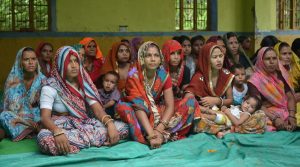 Women have been at the receiving end of several atrocities since the beginning of time. The fight for gender equality is not new and even though the movement has been gaining momentum in most corners of the world. Undeniably, women have come a long way since when the movements began and have proven themselves in all fields, including those heavily dominated by men. However, even today, women can rarely achieve victory without facing numerous challenges of genderbased and other related social biases. In this context, the society, the government and the women themselves have a major role to play in enabling women to opt the leadership and entrepreneurial roles in the society.

Even after centuries of struggle marked by gains made in terms of empowerment, women continue to face undeniably taxing struggles in all fields of life and work and the patriarchy is far from over. For India to become a $5 trillion economy, entrepreneurship by women must play a bigger role in its economic development. India’s gender balance is among the lowest in the world and improving it is important not just for gender equality, but the entire economy.