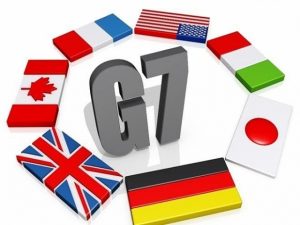 G-7 leaders finally came around with the proposed Build Back Better World (B3W) to counter China’s rising influence across 100-plus countries through Belt Road Initiative (BRI) projects. The proposal, though at a nascent stage, aims to address the infrastructure investment deficit in developing and lower income countries — the space which has been increasingly captured by China through 2,600 BRI projects with trillions of dollars of investment. BRI projects are perceived as corrosive tactics or debt traps laid by China for its strategic dominance in trade, foreign policy and geopolitics in the world. So B3W is a welcome step but late.

The counter-strategy is necessary to bring down Chinese leverage. A macro view of BRI projects across geography — quantum and pattern of investment — clearly reflects the motive of China-centric international economic integration, production networks, hegemony in the Asia-Pacific region and, eventually, the global economy. Since the inception of the BRI in 2013, outward investment by Beijing has been aggressive as China’s FDI outflow to inflow ratio increased to 1 from around 0.34 during 2001-10. In volume terms, the FDI outflow increased to an average of $140 billion in 2016-19 from an annual average $25 billion during 2001-10. China’s share of FDI outflows increased from 2.3 per cent during 2001-10 to 10.7 per cent during 2016-2019.

China had an overall exposure of around $750 billion — $293 billion investment and $461 billion construction contracts —between 2013 to mid-2020. After BRI, there is a sudden increase in investment — around $40 billion annually during 2013-19 — in BRI countries, though investment has slowed down due to the pandemic. Since the onset of BRI, China has signed diverse projects worth $548.4 billion, including four-fifths in the BRI participating countries ($461 billion). Post 2013, there was a sudden rise in infrastructure investment in BRI projects compared to investment in non-BRI projects.

China is focussed on its agenda and far ahead. It has also tried to rope in more countries and raised the acceptance level of BRI over time through the BRI summit, Boao Forum for Asia, China-Central and Eastern Europe (CEE), Belt and Road Forum, etc. The counter proposal of B3W is certainly a welcome step to contain the adverse implications of a Chinese mega plan. However, B3W lacks coherent thoughts and proper planning at this stage. Nevertheless, it is better late than never. Moreover, it remains to be seen what role India will play in B3W since it has been a strong opponent of China’s BRI.