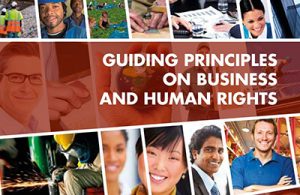 There is a law that prevents companies from advertising tobacco near school premises. But tobacco giant ITC Ltd’s notebooks, complete with its logo, are available right inside classrooms. Again, seemingly, there is nothing illegal about it. More than a million people die in India each year from due to consuming tobacco. One of the investors of a tobacco company is Life Insurance Corp (LIC), owned by the Government of India — that has signed the World Health Organization convention on tobacco control. Again, business as usual.

When children are glued to games like PUBG, the young ones and their parents are blamed. But in a class suit in Canada, parents alleged “companies hire psychologists, who dig into the human brain and they really made the efforts to make the game as addictive as possible”.

In 2019, a Maharashtra government inquiry panel found that 13,861 sugarcane farm workers among 82,309 had undergone uterus-removal surgery: They were promised an annual wage of Rs 1.5 lakh for a ta

rget that would require them to work around 12 hours a day. To be able to achieve that, the women spend around Rs 30,000 on hysterectomy.

A NAP should precisely target the following five objectives: One, encourage CAG to evolve auditing standards that seek to ensure human-rights compliance and extend the same to all public-private partnerships. This should ensure respect to human rights in all cases of public procurement and of public investment.

Two, mandate the Central Election Commissions to regulate corporate funding of political parties, including directing mandatory disclosures of donations as well as of any conflict of interests by both businesses and political parties.