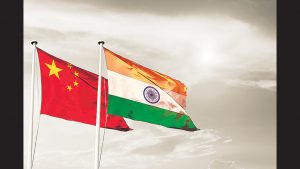 . Almost unnoticed in the ferocity of the current Covid surge battering us, India’s foreign policy pivoted westwards, embracing partners and relationships that, if taken at the flood, could have interesting implications for India’s future.

A Quad leaders’ summit in March drew the curtains from the new focus. For years the Indian system downplayed the importance of the Quad giving it some sort of an airy-fairy feel. It took the reality check of a Chinese virus coupled with a Chinese invasion for the Indian system to smell the coffee. The Quad summit was a seal on the India-US relationship, and a determined statement of how India sees its future with China.

In the past month, India took two big steps: Crafting a post-Brexit relationship with the UK and putting its shoulder to the wheel of the India-Europe relationship. For both, improved trade is the bedrock. It’s even more important for India. After turning its nose up at RCEP in 2019, India has been in a somewhat forlorn space. The word in the government then revolved around moving on bilateral trade deals, attracting more investment and looking to the EU, UK and US. As the pandemic hit, calls for Atmanirbhar Bharat and resilient supply chains became the dominant narrative. Meanwhile, even a mini trade deal with the US proved elusive.

India’s western pivot has been a long while coming. For years, India has treated the EU as an anomaly, preferring to build independent ties with France, Germany, the UK etc. Few things changed – Brexit cast off a big chunk of India’s engagement. Second, PM Modi’s interest in things like clean water, sanitation, smart cities naturally gravitated interest towards European countries that had solutions on tap. Third, India latched on to climate change as a leap-frogging opportunity, particularly after the Paris Accord.