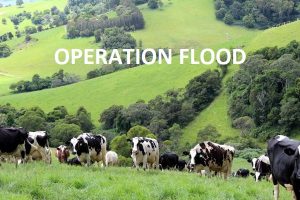 In the first wave of the Covid-19 pandemic, agriculture and allied sectors put up a spectacular performance with an annual growth of 3.4 per cent while the economy contracted by (-)7.2 per cent in 2020-21. In the farm-dependent population comprising cultivators and agricultural labourers, those involved in dairying and livestock constitute 70 million. Moreover, in the total workforce of 7.7 million engaged exclusively in raising of cattle and buffalo, 69 per cent of them are female workers, which is 5.72 per cent of the total female workforce in the country, of which 93 per cent live in rural areas. Unpaid female family labour supplies a major part of the labour requirement for milk production. Farmers keep two to five in-milk animals for livelihood. The landless and marginal farmers among them have no livelihood options to fall back when they fall short of buyers for milk.

In the Gross Value Added (GVA) from agriculture, the livestock sector contributed 28 per cent in 2019-20. A growth rate of 6 per cent per annum in milk production provides a great support to farmers, especially during drought and flood. Milk production rises during crop failures due to natural calamities because farmers bank more on animal husbandry then. However, given the nature of production and sale of milk in India, milk producers are highly susceptible to even minor shocks as the demand for milk and milk products are sensitive to changes in the employment and income of consumers.

The second wave of pandemic has thrown the milk producers from the frying pan to fire. Unlike sugarcane, wheat, and rice-producing farmers, cattle raisers are unorganised and do not have the political clout to advocate for their rights. Though the value of milk produced outweighs the combined value of the output of wheat and rice in India, there is no official and periodical estimate of the cost of production and Minimum Support Price for milk. The CACP performs annually for 24 major agricultural commodities in the country including wheat and rice.