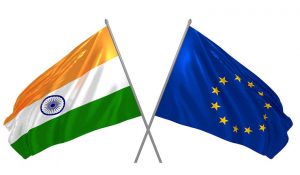 It has been a long road from the first European Union (EU)-India Summit in 2000 to the virtual India-EU leaders meeting in 2021, which saw Prime Minister (PM) Narendra Modi interacting with the 27 EU leaders as well as presidents of the European Council and the European Commission last week. The optics could not have been better. This was a special privilege accorded to the Indian PM to underline a new sense of urgency in the EU to get its India policy right. From New Delhi’s perspective, this is also an inflection point in the way it is thinking about its foreign policy priorities; a renewed momentum in India-EU ties is the need of the hour.

The most significant outcome of the summit was that after eight years and several rounds of talks spanning six years, India and the EU have decided to resume negotiations for a comprehensive trade agreement. These talks were suspended in 2013 after the two sides failed to bridge their differences on some key issues such as tariff reductions, patent protection, data security and the right of Indian professionals to work in Europe.

India wants to showcase its commitment to open trade at a time of renewed focus on developing a domestic manufacturing base. With the EU being India’s largest trading partner and the second-largest export destination, the economic logic of strong India-EU economic relations is self-evident. The two sides have also agreed to commence talks for a standalone investment protection pact and an accord on geographical indications.

Given the current situation, health cooperation assumed a new salience. Contrary to the partisan debate in India on vaccine diplomacy, EU member-states stood in solidarity with New Delhi. French President Emmanuel Macron asserted that India does not need to be “lectured from anyone” on vaccine supplies. EU member-states have rallied to support India by sending critical medical supplies in the last few weeks in recognition for the role India had played in helping others over the last year. As the two sides commit themselves to working together on global health, the need to focus on resilient medical supply chains is all the more evident. India, of course, has been pushing for the EU’s support on a TRIPS waiver for vaccine patents to which the EU remains non-committal so far.