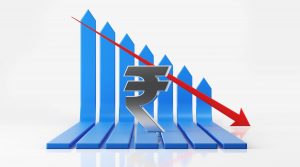 The devastating impact of Covid-19 pandemic has shrunk the world economy by 4.4% and global trade by 5.3%; job losses have been estimated to be to the tune of 75 million. Around the world, countries have responded to pandemic-induced shortages with protectionist reactions and nationalist aspirations with the potential to disrupt complex cross-border supply chains. There are unavoidable declines in trade and output will have painful consequences for households and businesses, on top of the human suffering caused by the disease itself.